Warning: "continue" targeting switch is equivalent to "break". Did you mean to use "continue 2"? in /homepages/46/d238209864/htdocs/blog/wp-content/plugins/wordfence/models/block/wfBlock.php on line 573
 Love | The Center for Self Mastery 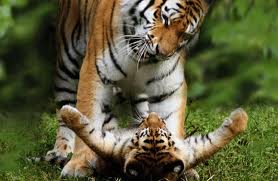 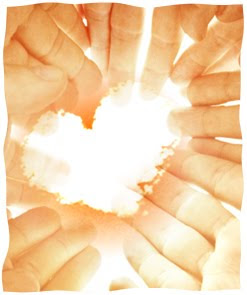 It’s a memory I’ll never forget. Maybe I was eleven. As part of a group, we were taken to an orphanage. To call it bare would be an understatement. My memories are fuzzy but the leitmotif was of concrete. In an open area outside the building, children milled around without speaking. There were no toys and nothing of color.

Off-center lay a toddler on the ground. No blanket, no sibling, no adult. He had a cut on his ear and flies bumped into each other prying for blood. He was so deeply alone in the world, I felt it almost a violation to pick him up.

Years later, I would think of him. With all the love in the world, why do so many of us go through life bereft of, or yearning for, it? What is so compelling about love that we’d give our all to get it? And yet, what makes us afraid of giving – or even receiving – it?

Imagine pooling the full range of human emotion into one pot and then boiling away the excess, releasing all the subtleties and intersecting points and overlays into the atmosphere. We’d come down to seven core ways to feel. Seven base elements of how to emotionally experience the world and give expression to that. And if we further boiled those ingredients, we’d arrive at one essential ability – love.

We yearn deeply for love because it connects us to G‑d, to others, to creation. Love is the cosmic glue which reassures us that the apparent multiplicity of creation is just that – apparent. It brings to consciousness the truth that despite the bits and pieces, we are all part of a greater whole that is defined by goodness. In this sense, our yearning to love and be loved is an outgrowth of the even deeper longing to belong to the world, to experience the underlying oneness of reality.

That explains why we fear the absence of love. To be unloved, or rejected, or neglected is to be outcast from that pool of Oneness. It’s not so much the immediate pain of the rejection that hurts as the sense of being alone in the universe that is most painful. It’s been said that neglect is the worst form of abuse. Children who are neglected have a more difficult time healing than even those who were physically or sexually abused. Because at least in the latter, however horrific the experience, there is a relating – albeit distorted and immoral – to another.

Neglect is the worst form of abuse. Neglect, by contrast, communicates, “You don’t exist. At least not in my world.” And if there’s even one place where we are not truly present, then at an essential level we don’t exist at all.1 Without love, we become isolated beings randomly bumping through life. We slide into the head space that says, “The world exists independently of G‑d. Thus all things are existentially detached. I am alone.”

It is precisely this delusion that we are born to negate. We come into a world of plurality and our souls’ mission is to peel the façade, pull back the curtain of cosmic amnesia, and reveal that all is One. In this sense, love lies at the core of purpose.

That’s also why we’re afraid to give and receive it. In all arenas of life, we tend to recoil from the most important things because at least then, we can say, “I haven’t gone there yet.” Regardless of whether it’s procrastinating before sitting down to write an essay, taking on jobs that form a comfortable partition between us and what we’re really supposed to be doing, avoiding resolving a conflict that lies at the heart of our lives and the like, we are creating smokescreens that protect us from potential failure. Sure, we complain about not having the time or head space to really tackle what matters most. But that’s a ruse. Deep down, avoiding our key tasks cuts us the psychic slack of being able to tell ourselves that we haven’t yet undertaken the mission so there’s still hope.

If we want a shot at robust loving relationships, we need to understand that our yearning for connection can take on one of two faces. The first is holy and generates true bonding. The latter looks like connection but brings only separation and pain in its wake. The Mishna in Ethics of the Fathers presents two such instances:

The stories that are being alluded to here are Biblical.

Amnon and Tamar were half siblings of royal lineage. “Amnon lusted to the point of illness for his sister Tamar…He overpowered her and violated her.”2 He acted out of selfish desire even at the expense of another person’s most intimate life. His own craving allowed him to lose sight of Tamar as a whole person and see her as a mere object whose purpose was to satisfy him. “Afterward, Amnon despised her with a great hatred. His hatred was even greater than the love he had felt for her.”3

The second story is also about a prince. Jonathon was heir to the throne of his father Saul. David, also born of royal lineage, was the paragon of “underdog.” Rejected throughout his youth, he was nonetheless to rise in stature, ultimately assuming the throne. The two became great friends. When we can no longer tolerate our failings, we fling them out onto others. Saul, perceiving the radical David as a threat to not only his own position but Judaism as a whole, attempted to have him killed. One would expect Jonathan to be filled with the same animosity. Yet counter intuitively he was the one who stood by his friend, saving his life and even compromising his own relationship with his father. In direct contrast to Amnon, Jonathan acted out of selflessness even at his own expense.

In the case of Amnon and Tamar the love, being based on something, disappeared once Amnon got what he wanted. At a deeper level, because it was founded on an external criterion, it was not real to begin with. Certainly Amnon turned on Tamar largely as a projection of his own self-hatred and shame over the despicable act. When we can no longer tolerate our failings, we fling them out onto others. But he also hated her because the “love” was not love!

What he felt was really the need to feed his own ego. His hunger for connection wasn’t about wanting to bond with another. Quite the contrary, he translated a craving for existential unity into one for physical pleasure.

We all do it at some level, albeit far removed from Amnon’s conduct. Instead of taking the time and being prepared to do the soul-work entailed in setting aside the ego – the figment that we exist independently – we settle for surface quick-fixes that momentarily assuage our deep existential yearnings. Such an interaction can never truly fill our need. True love is about discovering the unity that constitutes existence. Rape is about separation. The interaction itself cries out, “I am alone and you are alone. There is no center, no G‑d and no meaning.”

Apropos David and Jonathan by contrast, we find the exact opposite: a relationship born of all the ingredients for rivalry, hatred and separation became one of supra-rational love and connection. That is the most satisfying love of all. When we overcome conflict in a relationship, we mirror something of the love between these two friends. This love proclaims, “We have triumphed over the appearance of separation. Despite all that the world would seem to say, love and oneness pervade reality. We are part of that. More so, we are the catalysts who make it possible to know that truth!” When we give and receive healthy love, we experience something of redemption. Even more so, we actually hasten its coming.

All that we’ve said that applies with regard to humanistic love and our interpersonal relationships has an application to love of G‑d. Maimonides tells us that we are to love and serve G‑d independently of what we might hope to gain or lose from that. Put heaven and hell aside, for service of G‑d is not about the reward or punishment. It’s not even about becoming an enlightened, refined human being!

When we give and receive healthy love, we experience something of redemption. Sometimes we’re called upon to do things that run counter to what we think would enhance our spiritual wellbeing. We’re required to put aside the texts, the prayer book, interrupt the meditation for example, and go out and help a person in need. Regardless of the situation, Maimonides prompts us to let it all go and enter into a relationship with G‑d that is like white light. In that glow, we are not motivated by the colors of the rainbow but by the simple, undifferentiated, pure desire to be one with our Creator.

It may seem like a goal that is beyond our reach but the mystics teach us that through loving others, we will come to love G‑d. A story is told about a Rabbi who asked the Chassidic Rebbe Reb Avraham of Stretyn to give him the means to be G‑d fearing.

“I hear your spiritual remedies bring results,” he said.

Reb Avraham responded, “I don’t have a remedy for fear of Heaven but I do for love of G‑d.”

“The remedy for love of heaven,” said the Rebbe, “is love of one’s fellow. When you attain this, you will have attained the love of Heaven.”

Why so? It all comes down to the same point. Our purpose is to love to the point that we discover unity. If we can do that even in the context of human relationships within this physical world that hides G‑d, we have certainly arrived at Divine love too.

Each of us holds an infinite wellspring of love to give and all the ability to receive and take it in. We can generate the kind of connections with others that we crave, both human and Divine. We need only to have the courage to delay gratification and go for the deep, real version. That kind of love expands the universe, allowing us to feel its infinite vastness. It also collapses reality into one indivisible point that contains the whole and where all of us are imbued with the pleasure and glow of life as it’s meant to be.

1. This explains why our sages say that embarrassing someone is akin to murder. Wouldn’t it be more accurate to say that at most it obliterates the recipient of the shame from the inflictor’s perspective? However, if I think so little of you as to nullify your value by embarrassing you, I’m saying you don’t exist for me. And if you don’t exist in my world, your presence in the universe as a whole is not only compromised – somewhere it is negated entirely.

This article was origionally posted on www.thejewishwoman.org