Warning: "continue" targeting switch is equivalent to "break". Did you mean to use "continue 2"? in /homepages/46/d238209864/htdocs/blog/wp-content/plugins/wordfence/models/block/wfBlock.php on line 573
 Shimonah Tzukernik | The Center for Self Mastery 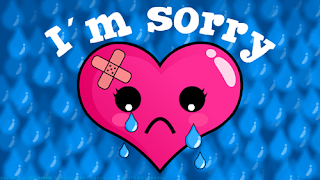 p.s. This piece was written a while ago.  I’m going to give you the post script on this evening’s Kabbalah Class Teleseminar.  You can sign up here if you want.  In the meantime, climb in to the fray.  I’d love to know your thoughts.

This article was originally published on www.TheJewishWoman.org.  Thank you Sarah Esther, my dear friend and editor for getting me to put some of what’s in my head into print. 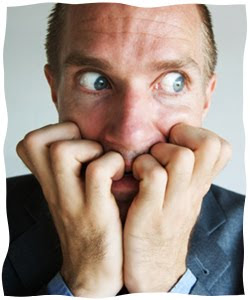 It happened on a Saturday night. My close friend and I had been out for the evening and were returning back to my apartment. When I pulled in front of the building, there was a parking spot directly opposite the entrance. Not bad for New York!

She needed to make a phone call so I told her to just run into the building while I parked the car.

All I did was angle back into the space, gather my purse and close the side mirror. No dawdling. But by the time I arrived upstairs, my husband had already called the police. On her way up the garden path, a drunk hiding in the bushes had tried to grab her.

She pushed him away, buzzed frantically, run into the building locking him out and then jumped up the five flights of stairs to our apartment.

The police came but the lowlife had taken off leaving only a bottle of gin behind.

We later discovered that that night in South Africa both my brother-in-laws and a bunch of nephews were held up at gunpoint on their way home from synagogue. One was made to lie face down on the ground with a gun to his neck. Miraculously no-one was physically harmed.

Hearing the news of their ordeal gave me the chills. I couldn’t help wondering if the attack on my friend in New York had taken the edge off any greater hurt to my family across the ocean.

While my friend’s initial shock subsided, she was left fearful of going out alone, especially in the evening. I encouraged her to “just try it,” knowing she needed to make the shift. But she wasn’t ready. Then one day, whilst working on a script for a childrens CD, I was reminded of a story of the Baal Shem Tov, the founder of the Chassidic movement.

His parents were childless for many years and Rabbi Yisrael Baal Shem was born to them in their old age. But when he was only five, his father took ill.

The little boy was summoned to his father’s bedside. His father then shared with him what was to become the holy Baal Shem’s mission statement.

“Yisrael, my beloved son, remember these two things your entire life. Firstly, fear no one, nothing of this world. Fear only G‑d, the G‑d of heaven and earth. Secondly, love every single Jew with all your heart and soul.”

And then he was gone.

As I worked on the script with a friend, I knew I had an answer for my friend. That evening I shared with her the following thought. G‑d has given us a vast and subtle array of emotional abilities. In grade school we’re taught the basics are “mad, sad, glad…” I forget the rest. The real life list goes on and on.

From the perspective of Kabbalah, we have six core emotions, the most fundamental of which are love, respect and empathy. And although we may experience some more than others, we’re assured of one thing: if our Creator put the emotion into the world, we’re going to feel it sooner or later!

G‑d created many feelings. There’s no way to go through life without experiencing them. You’re never going to be able to escape jealousy, anger, desire, feeling small. The secret is to have those feelings play themselves out over the chords of your G‑dly soul.

The same applies to the attribute of gevurah, fear. It’s coming your way no matter what. The only thing you get to choose is in which context you’ll feel it. G‑d wants you to fear Him. What that really means is He wants you to appreciate His greatness and minimize your sense of being independent of Him. You can choose to reject this fear of G‑d – in which case you’ll fear everything else.

People all over the world do that every day. They’re afraid of not having enough money, of missing the bus, of speaking in public. Instead of letting go to the One who created everything, they somehow think it’s a safer bet to take things into their own hands and manage their lives ‘independently.’ But that leads to fear-driven behavior. At the highest level of the chain we could call that neurotic behavior – putting our real fears into things like the bus and having to give a presentation at work. Down the chain there are states like anxiety disorder…paranoia…a whole slew of painful ways to live.

Your other choice is to fear G‑d. If that’s your guiding light, you’ll be freed of all other anxiety! I don’t mean to say you shouldn’t be responsible and cautious where necessary. What I am saying is that when you experience healthy fear, or awe, then your other worries dissipate and disappear.”

She got it. The story of the Baal Shem Tov was the segue for her to venture out on the streets alone.

This basic element of fear or awe can also be framed as hatred or opposition. It doesn’t only function in isolation but plays itself out together with all our other emotional attributes. Take it in combo with love for example.

Fear within love then is the extreme dislike of your beloved’s enemy. In unholy form that means you hate anyone or thing that stands in the way of getting what you want. Maybe you hate the laws of keeping kosher because they deny your palette the cheeseburger it craves, or the person who stands for truth when you want to live in denial.

At the bottom of the barrel, this hatred born of love manifests as resentment of Torah and even of G‑d Himself. After all, He’s the one standing between you and the object of your desire. G‑d is the one who requires of you to relinquish your ego, and none of us is giving it up too quickly.

Its holy form is a resistance to anything that obstructs G‑d’s presence being revealed in the world. In other words, it’s a hatred of evil because evil opposes G‑dliness. When experienced strongly, this fear within love prompts us to action on behalf of what is holy and good and true.

America has been described as “a land of loving-kindness.” It was founded on the principles of sanctity of life, a right to freedom and the pursuit of happiness. Its democratic constitution has drawn immigrants from the world over and for the large part they’ve been welcomed and treated with fairness. With that cultural underpinning, fear is somewhat of a dirty word to our ears. It brings to mind oppression, estrangement, abuse.

Sometimes this is accurate. Animalistic behavior that intimidates others brings all these in its wake. However there’s the G‑dly side of the coin. Whereas love is expansive, fear is contractive. We need both impulses – sugar and salt, attraction and repulsion, connection and boundaries.

Life without boundaries or awe would overpower and destroy us. Think of rain. The blessing of water falling to earth allows us to live but if it came down in sheets, all growing things would die. We need the spaces between the water that form raindrops. Those spaces are a metaphor for the Kabbalistic attribute of gevurah – or awe, fear, respect, discipline, opposition.

We need to temper our love and passion. If not, we’re likely to steamroll others with our emotions and not allow them space to be themselves. We run the risk of tripping over our own feet in the heat of our passion and vision for a better tomorrow. The blessing of rain is in the spaces.

When we incorporate restraint into our lives (whether its origin is fear, awe, respect or opposition,) we counter-intuitively open another realm of possibility and actually enhance our loving connections. Certainly unholy fear is to be avoided at all costs but holy awe and respect is to be embraced. It frees us of our neuroses and creates the space for love to flourish.

When my friend was attacked, I was irate at the landlord. I called to let him know what happened and ask if he could cut away those unkempt bushes that form an apology for a “garden.” His response was, “Ma’am I’m not responsible for every quack in the city and there’s a law against cutting down trees in this country!”

Was that hatred born of unhealthy love or just plain hatred born of hatred? I’m not sure. The bushes are still there, a sculptural reminder of a lesson learned. They gave me and my friend the opportunity to explore the full spectrum of a feeling we tend to reject, and more healthfully incorporate contraction into our relationships. I guess the bushes gave us rain.

This article was origionally posted on www.thejewishwoman.org